By Anthraksi,
June 10, 2019 in Articles and troubleshooting

While I was enjoying the E3 content yesterday, I happened to notice that the once Epic Games Store exclusive Metro Exodus has switched to being not so exclusive anymore. While the game still isn't on

I've got a new issue to report. The graphics seem bugged/broken upon launch. I have to edit the video settings, any settings, and it fixes. I initially discovered this to get HDR working properly, but 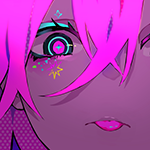