The American Girls Dress Designer was originally intended to be run on Windows 95, 98 and ME. At the time, NT was a business-grade operating system, and supporting an OS few families would even bother owning would add up to development costs. The patch fixes an issue with Dress Desginer that prevented popup windows from being displayed ingame. 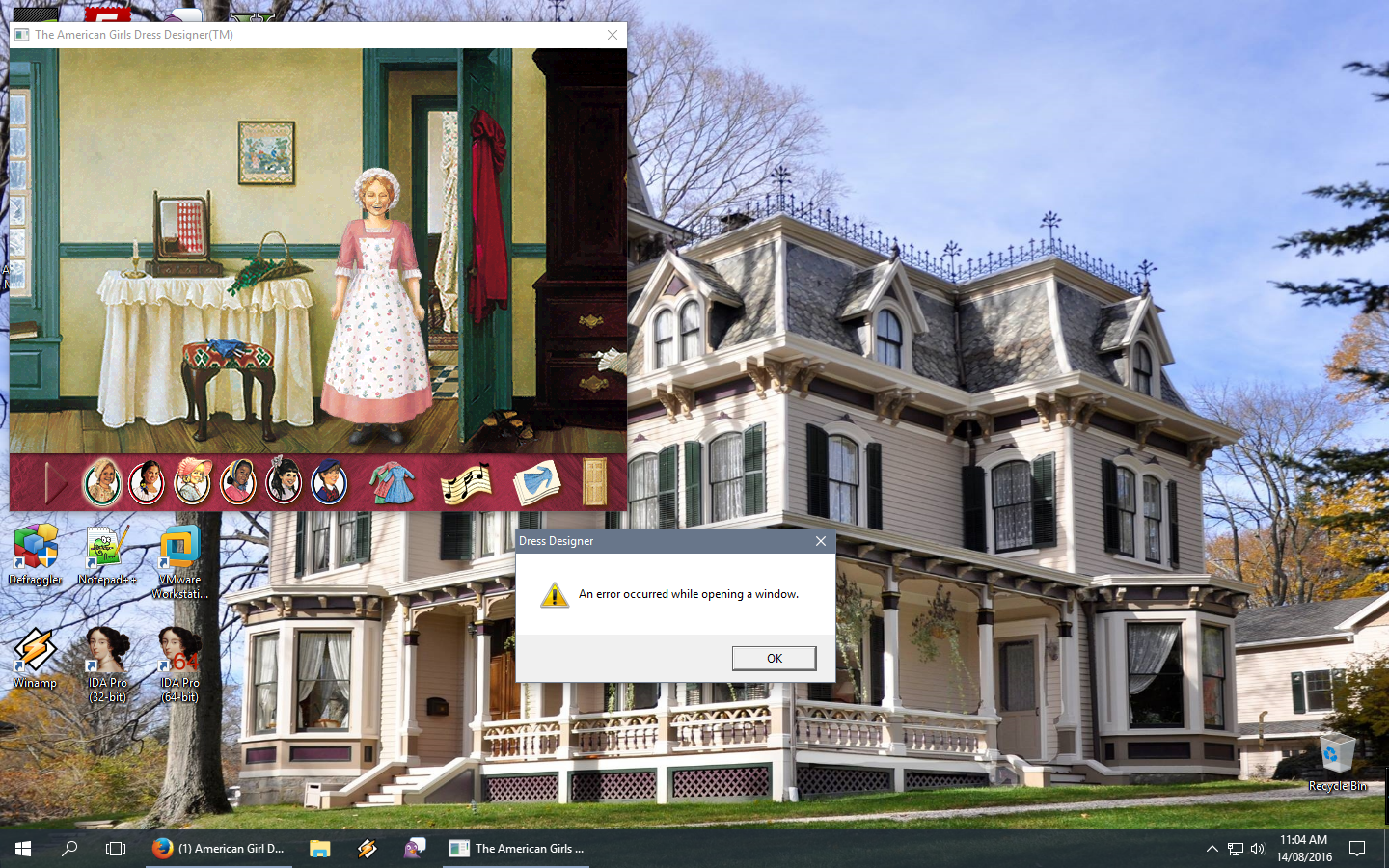 After applying the patch: 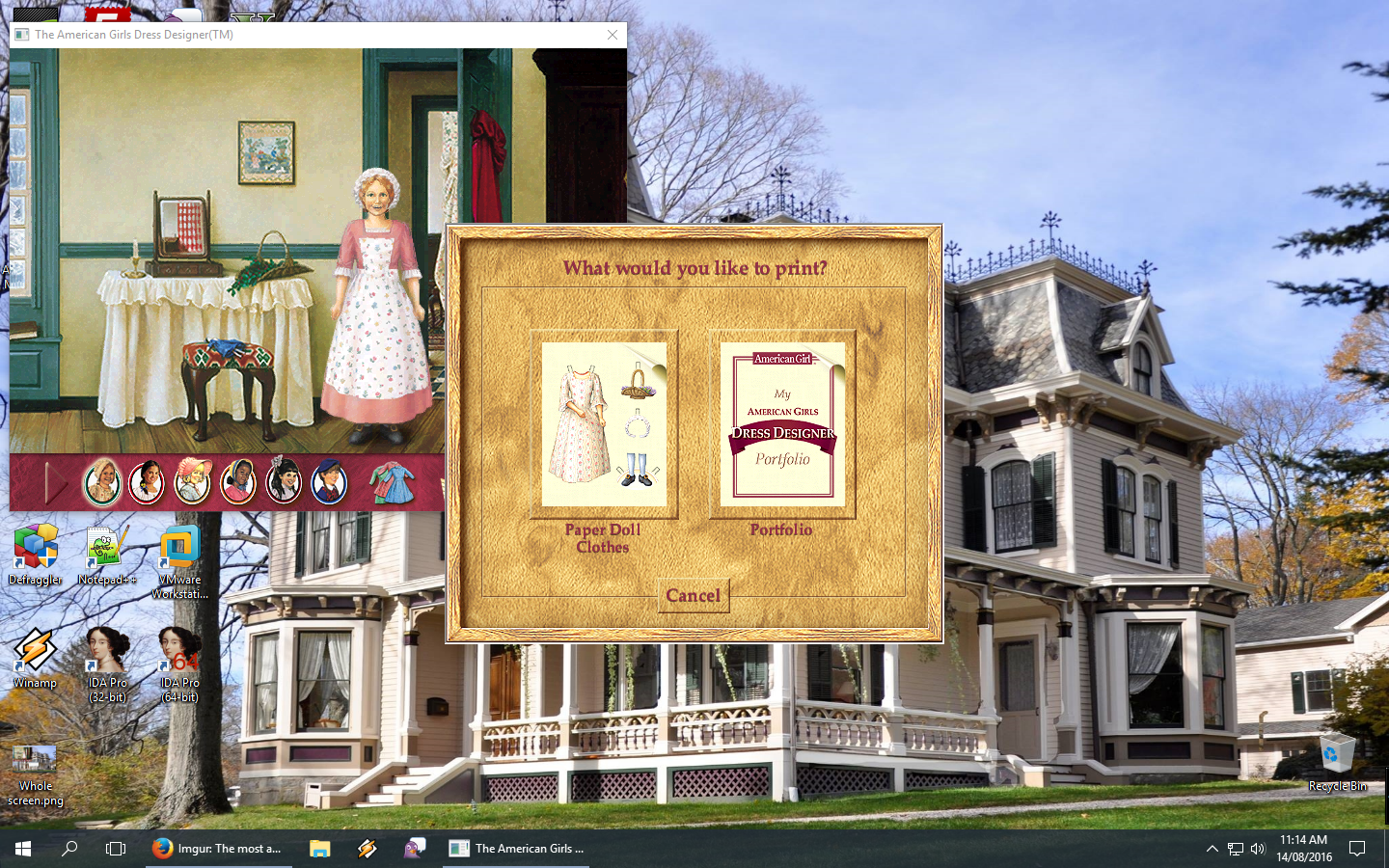 Made this mostly to aid doll collectors and families in getting this game to run on modern operating systems, in response to numerous complaints on Amazon and elsewhere, with at least one going so far as to throwing their copy in the bin. :/