Dimmdrive is a small application that can create a virtual hard drive in your RAM and copy a whole game into it. Because a RAM disk can be more than 10 times faster than an ordinary SSD, games should load much faster. In this article, we are going to measure performance gains when using Dimmdrive against ordinary hard drive solutions. 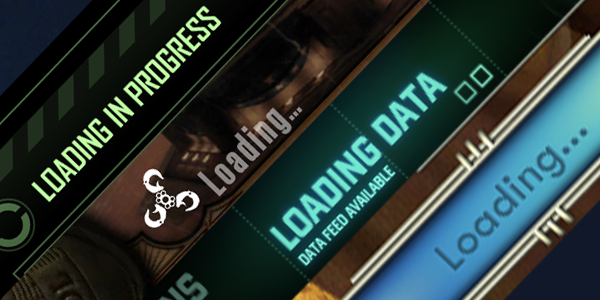 Dimmdrive allows you to create a virtual hard drive in your RAM. This drive will behave just like an ordinary disk in your system but with a much higher speed, even comparing to SSDs. A lot of applications of this kind already exist, but Dimmdrive offers something made specially for gamers: automatic Steam library integration and very easy game migration to a RAM disk. Because RAM is a kind of volatile memory (volatile memory requires power to keep stored data), Dimmdrive also implements file synchronization so if your system crashes, no data will be lost.

How much RAM do you need? Obviously, the more the better, but Dimmdrive permits selecting only specific files and directories to copy to the RAM drive. This way, you can use it even on systems with limited amounts of RAM.

Additionally, Dimmdrive also can be used with any applications and folders. Importing other content is as simple as drag and dropping it into the main window. File synchronization and other features are also used on data added this way.

So, how does it work? Dimmdrive creates virtual RAM disk and then it uses the Windows implementation of the NTFS symbolic link function to create a virtual directory on your physical disk that links to the real files and folders inside the RAM disk. In essence, it is a shortcut to the folders and files at the file system level. Applications that will access the data through such symbolic links are going to be unaware of it, seeing the files at their original location.

Testing was done on a system with an Intel Core i7-2700k clocked to 4.5 GHz and 32 GB of RAM @ 1333 MHz. A selection of games available on Steam was used to test load times on different storage solutions. Measured times are based on loading save games, using a stopwatch. In order to prevent the Windows Prefetch system from skewing the results, every game was tested only once, then the system was fully restarted and games were transferred to a different drive and tested again.

The graph demonstrates the speed of each of the drives. Sequential read speed was measured using AS SSD Benchmark. The RAM drive is unsurprisingly the fastest, with an incredible 4.9 GB/s read speed, followed by a Kingston HyperX 3k 120GB SSD with 400 MB/s. Second to last is a standard mechanical HDD, a Samsung SpinPoint HD103UJ F1 1TB with 92 MB/s. A worst case scenario is also included, a very old Western Digital Caviar WD200BB 20GB connected using a PATA to USB 2.0 bridge, with very low read speed of just 22 MB/s.

As expected the USB HDD had the slowest load times, followed by 1 TB mechanical HDD. SSD offers an impressively large improvement, but surprisingly, the RAM disk fails to give any significant gains in all but one game. For Crysis, Civilization V, Bioshock: Infinite and Splinter Cell: Blacklist the loading times on the RAM disk are practically the same as from an SSD, and only Stalker: Call of Prypiat loaded 7 seconds faster from the RAM drive.

I was most surprised that the newer games were not very susceptible to drive speeds, and even using from older mechanical HDD, the loading times weren't bad at all. I suspect this is mostly because of the multi-platform nature of these games, as the previous console generation had little RAM and slow HDD/DVD/BD storage, requiring games to be a lot better at data loading optimisation. The Bioshock: Infinite loading time from a USB drive is absolutely astonishing, as it is only 4 seconds slower than a RAM drive. I have no idea what kind of sorcery or black magic developers used for this game, but it is incredible.

Older and PC exclusive titles are a different story. The loading times for Stalker: Call of Pripyat scales perfectly on different storage speeds, and the story is similar with Crysis and Civilization.

The Steam integration of Dimmdrive application failed for me completely, as it found only one game, and to add to that, incorrectly. I don't have my Steam installation in the default C:\ location, but Steam has correct registry entries for its placement on my F:\ drive. However, Dimmdrive instead relies on the config.vdf file found within the config folder to find Steam games so deleting this file would probably solve the issue, but I wasn't keen on messing with my Steam installation.

Importing a game's folder to the APP tab worked flawlessly though. With a simple drag and drop to the Dimmdrive window, the application imported the game and I was able to use it without issue, as it showed up in the GAMES tab. Using the app itself is pleasant, as the GUI is clean, and every function is easily accessible. For more advanced usage the developer offers thorough video guides on their YouTube channel.

Dimmdrive offers much better read/write speeds than any SSD, but testing didn't show any major load time improvements compared to ordinary SSDs. Considering the rather high price-tag of 28â‚¬/$29/Â£23, I certainly would not recommend purchasing it at full price. If you are considering buying it, try a free RAM disk application first to see if you gain any improvement in your games. There is also very nice free GUI application for creating symbolic links, removing any need to mess with command line.

I can see some usage for power users though, because of the file synchronization function. Cache folders can be loaded to RAM, thus making the use of large data warehouses faster - for example, image libraries with lots of thumbnails.

I've been playing around with RAM disks on and off for almost two years now, and this just confirms my previous experiences. It is not worth the bother for games, but rather for some specific applications.

A review copy of the Dimmdrive application was provided by the developer. It can be purchased from the developer's website or the Steam store for 28â‚¬, $29 or Â£23.

Thank you for reading. If you enjoyed this report and you would like us create more articles, more often, please consider donating to