PC Reports are a series of quick first impressions regarding the technical aspects of a PC game. This report was written by PCGamingWiki contributor Dillon and edited by Andytizer. Valuable assistance was provided by RaTcHeT302 and LDK and the PCGamingWiki community. For an up to date account of Watch Dogs fixes and improvements, please visit its respective PCGamingWiki article.

Watch_Dogs is the latest city romp from Ubisoft Montreal, a fresh IP from a familiar friend (or foe, for the cynical). It uses an entirely new, in-house engine made specifically for Watch Dogs named Disrupt. It has a few bits from previous engines AnvilNext (Assassin's creed) and Dunia (Far Cry 2 & 3), so if safe to say that Ubisoft are more than familiar with their tools at hand. In this PC Report, we'll be looking at performance, image quality and quality of the controls and input. 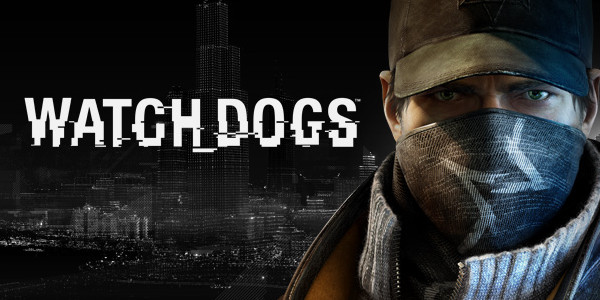 Watch Dogs' v-sync options give you more choice than in most games. You can choose between off, 1 frame and 2 frames. 1 frame is standard double buffered v-sync (so, you're either running at 60, 30, 15 frames per second) and 2 frames caps the frame rate at 30 - good for those who don't want to download a tool like Dxtory or MSI Afterburner just to limit frame rate. Alongside v-sync is a pre-rendered frame option. This determines how many frames the graphics card renders ahead of what's shown on screen. The gist of it is this: lower means you get less input lag, higher means motion looks smoother (as the graphics card is able to put out the frames in a time fashion, instead of as soon as they're ready). I personally always have it set at 1 as my pet peeve is input lag. It's great that Ubisoft have given us a choice.

Watch Dogs has, by far, the best anti-aliasing support I've ever seen in a game. FXAA, SMAA (with a temporal option), MSAA (up to 8x) and TXAA (up to 4x). As a massive fan of SMAA, it really is nice to see this supported in-game as it's arguably the best post-process AA. For Titan, 290x and SLI machines, you could take on MSAA or TXAA depending on what you prefer. However, for everyone else, I'll recommend temporal SMAA, regular if you're really scraping for frames. Unfortunately, anisotropic filtering isn't present in any of the options but shouldn't be too much of an issue as it's so easy to force through the graphics driver.

Let's dig in straight away with performance. And err, not great. It's not just low performance that gets you, it's also frequent, fixable stuttering. With my computer (Phenom II X4 965@3.8GHz, GTX 660 2GB and 8GB of RAM running at 1080p), I get 30-35 FPS outside with all settings on ultra with temporal SMAA. Not particularly great, seeing as I'm using a very lightweight form of anti-aliasing. Drop that to high and I get an extra 5 FPS, taking me to 35-40. Medium gives me another 10, bumping it up to roughly 45-50. Low takes me to a stable 60. Clearly, far from ideal, considering I didn't even touch higher AA settings. Rigs with vary with power so it's a serious case of YMMV but the general message is, it performs poorly even though you can squeeze a few extra drops of frames.

The difference between low and ultra are quite drastic here. People running on low will miss out on dynamic lighting, the car reflections and little details like the leafs on the floor. However, the general scene stays the same and that's good. The reflections are arguably the biggest distinction between the two presets, turning the paint job from glossy to matte. You can alter this setting individually though, and I'd recommend you do so as it looks great.

The texture settings in Watch Dogs scale linearly with video memory required. So, medium needs 1GB, high needs 2 and ultra needs 3. When I say needs 3GB, I mean needs 3. For me, the game outright crashed when I tried to start it at Ultra.

The same message applies for the water: you'll be missing on the eye candy at lower settings but you still look at that and see water. It doesn't affect game play at all and still creates a believable environment.

We had some trouble finding a good example of depth of field as it only really shows in cut scenes and in the interior of your car. Here you can clearly see the interior of the car blurring. There isn't much reason to turn this on unless you specifically want it, otherwise it's probably safer to try and save a few frames per second.

Ambient occlusion adds soft shadows in corners and edges which adds depth to geometry. It's a bit difficult to explain but you can clearly see it in the contours of the building, on the brick wall in the back ground and surrounding the edges of the car. This helps contrast in a scene by making parts darker without effecting the lighter areas. In the comparison, you see the off setting versus HBAO plus high but if you can't run the game comfortable with high, I'd recommend some of the lower settings because they really do make scenes look that extra bit prettier.

The level of detail setting controls how detailed objects are from a distance. So it determines how far a higher resolution texture gets loaded in or perhaps a higher poly model for a car. As you put the setting higher, it loads more detail further away. Unfortunately, lower settings seems to omit entire buildings at a distance, showing ugly nothingness that you really aren't meant to see. It kills any sense of scale if you're running on an older machine at lower settings and you look into Chicago from the outskirts and see 5-10 buildings.

There's nothing stopping Ubisoft from just putting boxes there with a low resolution texture instead of just removing them, as if they don't exist when the Almighty Aiden is too far. It's generally just poor, level of detail (along with AA) is the biggest FPS hit you'll take and most people will take it because it just looks awful without it.

As usual FXAA has the worst image quality with texture blurring and strange artifacts around aliased edges. SMAA and Temporal SMAA looks almost identical. With this method there is little texture blurring and polygon edges are nicely softer. MSAA is the most accurate method as it works with much higher local resolution. Because of this it has the biggest performance impact from all used methods.

What Ubisoft has done with the keybindings is very clever. You see, there's three tabs (general, on foot and in vehicle, see above) and they smartly organise which keys can and can't clash. This is a bit difficult to explain so I'll take it slow. General keys can be pressed at any time so conflict with both on foot and in vehicle. On foot keys can only be pressed while on foot (shocker) so don't conflict with in vehicle (and vice versa). This means you can overlap keys freely between on foot and in vehicle but not between them and general. This avoids the problem of having one key automatically bound to multiple contextual base functions with no power to change them and avoids the other problem of having a ridiculous amount of keys for each individual action (think GTA4 and ARMA). If this kind of intuitive thinking can catch on throughout the industry then we'd have much cleaner, more uniform and increased customisability regarding keybinds. Maybe I'm over thinking it. Regardless, it's great.

By default, the mouse has an acceleration/smoothing effect that can't be disabled in game. It can supposedly be changed via an .xml file but I personally didn't see a difference, although others have reported otherwise. Mouse sensitivity is on a numbered 1-100 scale which is pretty good but any brownie points are lost with the smoothing. It makes the mouse sort of uncomfortable to use, with aiming taking far too long. Quick left and right snaps with the mouse either overshoot or undershoot, meaning you spend far too long compensating. It detracts from the experience greatly with back alley sprinting turning into a clunky bump-into-everything-fest and precision headshots from shadows make you feel less like Sam Fisher and more like a bumbling plonker. The worst thing is, decent mouse control can really recover from poor performance. For example, DayZ was updated recently to have 1:1 mouse control (rid of the built in smoothing from the ARMA engine) and the game feels so much better even though it still runs at 30FPS.

The controller settings are pretty standard but in a good way. A variety of different schemes, separate X and Y inversion and a numbered sensitivity scale. I personally played it for 20 minutes using my 360 controller (for science) and the layouts really intuitive. All the button presses just make sense and seem familiar if you've played other Ubisoft games. Overall, people who wanna play with a controller aren't going to be disappointed.

Watch Dogs gives you quite a few sliders to play around with. I found that the audio is quite well balanced and speech was always audible over gunfire or explosions but it's always nice to have the option. Rather pleasantly, you have the choice of written language for the non-English fluent playing which will be appreciated by some. On a side note the volume is a little low but otherwise, it's all above board.

Just like virtually every other Ubisoft release lately, execution just falls flat. On paper, we have a massive range of settings and controls and bells & whistles but performance just doesn't live up to expectation. They did it with Assassin's Creed 4, Far Cry 3 and Splinter Cell: Blacklist. All 3 of these had extensive and exclusive features but were plagued by technical faults. I had to cap AC4 at 30FPS to run smoothly, and with Blacklist I had to run using DirectX9 for it to not stutter. I couldn't fix Far Cry 3's performance issues, no matter how many tweaks I tried.

I can't say with any confidence that Ubisoft will fix this with a patch because, looking at their track record, they just don't bother post release. The game looks really great (ignoring the E3 demo) and is functional but I fear the issues the game won't get ironed out. If you have a top of the line PC, i7 and GTX 770+, the whole shebang, then you won't have a problem as long as you're aiming for 60FPS and no more. If you've got a lesser PC like myself, tread carefully. I'll be capping the FPS to 30 but I know some won't settle for that. And rightly so, Ubisoft.

PC Reports are a series of quick first impressions regarding the technical aspects of a PC game. This report was written by PCGamingWiki contributor Dillon and edited by Andytizer. Valuable assistance was provided by RaTcHeT302 and LDK and the PCGamingWiki community. For an up to date account of Watch Dogs fixes and improvements, please visit its respective PCGamingWiki article.