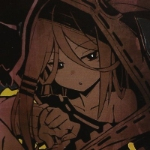 This mod is based on the code used in 21xMachi9 (https://github.com/KingKrouch/21xMachi9), but only modifies the Vert- FOV in Destroy All Humans.

It also supports custom FOVs by modifying the config.ini file.

I have plans on releasing an open sourced version once the game releases, but I figured that I'd release a seperate version of this fix soley for the demo version, as it likely won't need to be updated as often. This fix requires the GOG version of the demo to use, and isn't compatible with the Steam demo.

Extract the contents of "DestroyAllVertMinus_Release_Win64.zip" into the "Destroy All Humans Demo\DH\Binaries\Win64" directory where the game is installed.

NOTE: This fix requires Visual C++ Redist 2015-2019 to be installed to function properly, as this release build uses the most recent Windows SDK versions as of Visual Studio 2019. Please download and install those from here: https://support.microsoft.com/en-us/help/2977003/the-latest-supported-visual-c-downloads