Port Reports are a new series of quick first impressions of the technical aspects of a PC game. This report was written by PCGamingWiki contributor LDK. For an up to date account of Call of Duty: Ghosts fixes and improvements, please visit its respective PCGamingWiki article.

The Call of Duty series does not need a long introduction as it is one of the most popular game series around. The newest addition to the series, Call of Duty: Ghosts, has a rather difficult task: to launch on four current gen platforms and two next-gen platforms in a very short time-frame. We are going to look at how the PC version is performing, what effects are the most demanding on your system and the overall quality of the port.

Call of Duty: Ghosts was released on November 5, 2013 for Windows, and is available through several digital distribution channels. 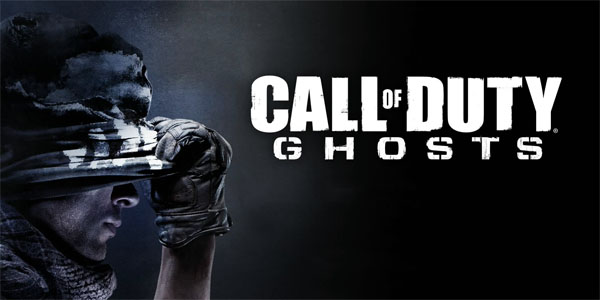 Call of Duty: Ghosts is very strict and will not launch if minimum specifications are not met. It needs a DirectX 11 graphics card (GeForce 400 series and newer, Radeon 5000 series and newer, Intel HD 4000 series) and at least 6 GB RAM. (UPDATE: patch from 11. 19. 2013 RAM lowers restriction to 4 GB RAM). Even CPU is checked at the start and if anything is not according to specifications, the game will spew out an error message. It would be justifiable if the game would use all that memory, but memory restriction is completely arbitrary - see our recent article with for more details regarding the RAM allocation.

Testing was done on a system with Core i7 clocked to 4.5 GHz, 32 GB RAM and AMD Radeon HD 6870 in 1920x1200 resolution. There is no built-in benchmark, so I tested the very first chapter of the game from the start. This section is not particularly hardware intensive, but offers perfect repeatability as you are only required to run from one point to another with no incoming fire. All screenshots are in PNG format and can be found on our gallery.

There are reports about the game being locked to 91 FPS. I have not encounter this lock and the game ran on my system unlocked without any alterations to the system files.

Download size is around 30 GB, on HDD the game takes more than 32 GB.

There are no presets and everything has to be set manually. Apart from "Terrain Detail" there is nothing extraordinary here. You can set anti-aliasing, ambient occlusions, shadows, texture resolutions and few other effects.

With its strict requirements one would expect more stunning visuals from a hardware intensive game, unfortunately only the second statement is correct. The game is very demanding - mainly GPU power and graphics memory, but visuals are not much better than any previous Call of Duty title. Many textures are in low resolution even on max setting. They look good from a distance, but as you get closer they fall apart into blurry mess.

When a game does not have presets for graphics settings, I test with everything on low and then again with everything on max. That was the plan for CoD: Ghosts, unfortunately the game on max setting runs around 5 FPS so I was not able to finish the test run. Average framerate on Low is 77 FPS and perfectly playable.

Why this feature is implemented is beyond me. When basic resolution is lowered, usually scaler in GPU or LCD will do better job then some internal engine scaler. There is even a limit to how low an internal scaler can go - at 640x480 and IQ set to Very Low, internal and output resolution is the same.

Battlefield 4 has something similar implemented but with a neat twist: you could set the internal scaler higher than native resolution and achieve better anti-aliasing than with native methods.

Last title in the series, Call of Duty: Black Ops II, has a field of view slider that could go up to 90 degrees. CoD: Ghosts however does not have a slider at all and a community created FoV tool was to be taken down on Activision's request. This is interesting as an unofficial FoV tool for Modern Warfare 3 was not prosecuted at all.

Update: There is a new tool to set custom field of view in single and multi-player version of the game up to 90 degrees. The tool can be downloaded from its homepage or from our local repository. Usage is simple: launch the tool, set your field of view and launch the game.

CoD: Ghosts offers four different methods of anti-aliasing. There are two levels of MSAA (2x and 4x), standard FXAA, a new filter SMAA and for Nvidia user two levels of TXAA (2x and 4x). SMAA stands for Subpixel Morhological Anti-aliasing and is a combination of post-process anti-aliasing filter with additional multi/supersampling methods. It should offer much better results than FXAA with less performance impact than SSAA or MSAA. Learn more about SMAA here.

Below is a comparison of each of the AA methods. This picture was created by selecting the same 40x40px sample from each screenshot and enlarged by Nearest Neighbor algorithm to 160x160px. Using this algorithm pixel boundaries were preserved and samples were not smoothed. First row contains samples from barbed wire created with polygons so edge smoothing can be observed. Second row is a sample from simple wall texture and thus should not be smoothed.

In this comparison picture you can see how effective each method is. FXAA offers rather nice smoothing of sharp edges but as usual there is substantial loss of details on the textures. MSAA traditionally leaves textures nice and sharp and only edges are smoothed. A rather pleasant surprise is the new SMAA as it offers better edge anti-aliasing and little texture blurring.

As you can see, AO adds depth to the scene and makes the environment seem more real. There is however quite a noticeable framerate drop when enabling this feature.

Just enabling AO will cost you around 12%, setting it to high another 2%. The most intensive and the best looking HBAO+ means a drop of 27%.

The game offers advanced texture settings where you can set texture, normal map, specular map and water map resolutions. Performance impact depends primarily on the system graphics memory (VRAM). Usually the game fits everything it can into VRAM and the framerate will stay exactly the same on Low and Extra. If your system has not got enough VRAM, the game will drop unused textures and load a new one. Modern games stream lower resolution textures first and work its way up to higher resolution.

I suspect, that this is not the case in CoD: Ghosts and when there is texture data missing from the memory, the game will load max resolution textures first causing the game to completely stop for a moment. It is apparent when you have 512MB or 1GB VRAM then set all textures on max and rotate your view very fast - the game will stutter.

Shadows and other effects

Shadows toggle in menu controls dynamic shadows. Turning it off means losing characters and objects shadows, leaving only low resolution static terrain shadows. Performance drop is around 34% and rather noticeable.

Other effects like motion blur and distortion didn't have much impact on overall performance. Depth of field on the other hand has massive performance drop. DoF blurs everything that is not in focus when the player is aiming with a weapon. Exact amount of FPS drop varies and depends on what is on the screen, but 60% drop is not unusual. We can only speculate why this effect is do demanding. It can be badly optimized, or it could just use an advanced DX11 DoF method instead of the more common DX9 one. Turning DoF off will result in framerate increase when the player is aiming. Usually in this situation players need every frame to achieve better aiming so turning DoF off is recommended.

I was unable to observe this effect at all. It is supposed to be some sort of a tessellation filter, but when I turn it on, the game will run for about 20 seconds and then freeze my whole computer.

There are no surprises in the controls menu, the game lets players set key binds, mouse sensitivity and disable mouse smoothing. I haven't noticed any mouse acceleration, there was few cases of random erratic mouse behavior though. It is most likely caused by the game running with elevated priority. Lowering the priority of the game process ("iw6sp64_ship.exe" or "iw6mp64_ship.exe") in Task manager, or follow our guide for permanent fix at wiki article may resolve this.

CoD: Ghosts also supports controllers, but there is no way to control the game with controller and mouse and keyboard at the same time as one peripheral will be disabled and the other will take priority. There are

about aim assist with a controller on PC version.

The audio menu is very disappointing as it offers only a master volume slider and toggle for subtitles in the single-player version. The game supports surround sound systems up to 5.1 configuration. Overall the game sounds strange - grenades and explosions are very bass heavy, but normal guns sound very flat and uninteresting.

It seem unfortunately the PC version is not a very good port - the game is not very optimized, highly unstable and crashing all the time. Key features, like field of view slider, are completely missing and on top of that there is aim assist for a controller that cannot be turned off. Very strict and heavily enforced system requirements are not justified by visual quality at all as the game look pretty much the same as last year's Black Ops 2. Even character animation in one sequence is taken directly from Modern Warfare 2 just to give you an idea of the corner cutting methods being used.

So sadly, in conclusion Call of Duty: Ghosts is not a very good PC port. It seems like its developer, Infinity Ward, does not care about the PC audience at all.