Port Reports are a new series of quick first impressions of the technical aspects of a PC game. This report was written by PCGamingWiki contributor LDK. For an up to date account of Batman: Arkham Origins' fixes and improvements, please visit its respective PCGamingWiki article.

Batman: Arkham Origins is a prequel to the very popular Batman series. This iteration focuses on origin story of Bruce Wayne as a young Batman. First two titles were developed by Rocksteady Studios but this one is developed by the rather new studio Warner Bros. Games MontrÃ©al. We will look how they managed to tackle technical aspects of the game - what options can be set, how the game runs and what effects are most demanding on your system.

Batman: Arkham Origins was released on October 25, 2013 for Windows, and is available through several digital distribution channels. 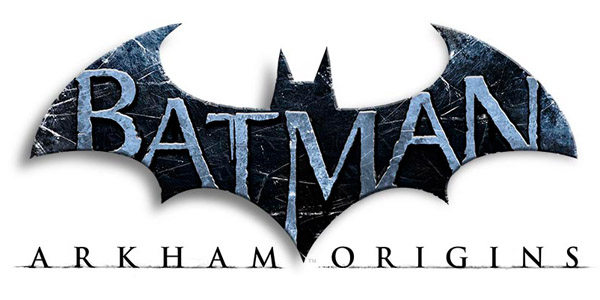 Testing was done on a system with Core i7 clocked to 4.5 GHz, 32 GB RAM and an AMD Radeon HD 6870 in 1920x1200 resolution via benchmark build in the game. Download size is around 18 GB, with the same amount of space occupied on the HDD.

As its predecessors, the game is running on the Unreal Engine 3 and features a nice set of options. Everything can be set directly in-game and only PhysX requires a game restart. Apart from standard settings like resolution and v-sync, you can set anti-aliasing, DX11 specific effects, PhysX and ambient occlusion. Unfortunately there are no presets, so you'll have to set everything manually.

There is a rather annoying bug in this menu: when you lower some options, the appropriate effect is lowered/turned off accordingly but frame rate stays the same. In order to get performance boots, you have to load your save or restart whole game.

There is no field of view slider, which can be very annoying for many players. Default field of view is very narrow - 56 degrees - and very distracting.

There are two methods to change field of view. First method will bind one of your key to change value of field of view to your liking. The game will scale all other values based of this value, so no other setting is necessary; however if you'd like to tweak FoV values for different situations, follow guide at our our wiki article. Note that this permanent method did not work for me.

3. Select all lines starting with "Bindings" in section [Engine.PlayerInput] and copy them to the [bmGame.RPlayerInput] section within the same file.

4. Add "Bindings=(Name="F10",Command="fov xx")" without quotes at the end of the [bmGame.RPlayerInput] section. Change xx to your desired field of view value.

5. Addionaly you can create another command with "Bindings=(Name="F11",Command="fov 0"), that will reset field of view to default, which is useful in cutscenes.

Batman: Arkham Origins runs on the DX11 renderer by default if it finds a DX11 GPU in the system, however the game is capable of running in the older DX9 renderer by putting "-d3d9" into launch options within Steam. DX9 renderer offers slightly better performance at the cost of a few DX11-specific effects.

As this game does not have low, medium and high presets, I've tested only everything on low and everything on high with both DX9 and DX11 renderers just without anti-aliasing. AA under DX11 is true performance killer and results wouldn't be very clear. More about AA later in the article.

In this comparison picture you can see most of the methods under both renderers. AA under DirectX11 appears little better considering same amount of sampling. The smoothest edges offers post process FXAA filter but for a cost of little bit texture blurring.

Performance of AA in this game is a little bit of a mystery to me. Clearly every method works under both renderers, but with widely different framerate drop. From the graph below you can see that overall the least impact has FXAA, which is no surprise due to the nature of this filter. What baffles me is massive impact of MSAA with DX11 renderer. Just turning MSAA on you'll lose 50% of your framerate, maxing it out on my system means drop to unplayable single digit framerate.

The other renderer - DX9 - hasn't got any problems with MSAA and performance drop is negligible. I first thought that no AA is used under DX9, but when I checked screenshot, AA is clearly there and is progressively better when the sample rate is increased.

For screenshots from this benchmark in full resolution and in lossless format visit our gallery.

Dynamic shadows sets shadows for character models. It has no impact on pre-rendered (baked) world shadows. Performance impact is not very severe between Off and Normal state. DX11 Enhanced shadows are more costly - around 15% without significant visual impact.

This usually performance-hungry effect is rather modest in Batman: Arkham Origins. "Normal" AO will cost you around 10% of the framerate, DX11 Enhanced method another 20%. The game is using this effect very nicely - it adds subtle shadows to dark corners and it is not adding dark "glow" around every object as some other games can.

The game is designed to be played with a controller. The Xbox 360 Controller is preferred and when the player navigates to the control menu the game shows the Xbox control scheme first no matter what control scheme are you using. Fortunately there is an option to remap keys, and for every action two keys can be set.

But there are severe limitations to the mouse setting: there is no mouse sensitivity slider at all, and fourth and fifth mouse buttons are not supported by default. Mouse sensitivity can be set via config file:

3. Locate line MouseSensitivity=60.0 and change its value to your liking.

A controller is automatically detected when plugged in even if the game is already running. On-screen prompts are immediately changed between keyboard and controller based on last used device. Unfortunately there are no options for controller, not even a sensitivity slider or axis inversion.

Batman: Arkham Origins features quite a rich sound setting. There are few presets for sound system: headphones, TV, stereo and home theater. The game is using Wwise for its sound system so unfortunately only up to 5.1 surround sound is supported.

There are also a toggle for subtitles and volume sliders for sound effects, music and dialogue but no slider for master volume.

Here on the Port Report we don't usually comment on the "game content" part of the analyzed title, but I have to make an exception. This game is unbelievably broken. I was suspecting something when even the biggest magazines hadn't received PC review copies prior to release, but this exceeded my expectations.

The game is riddled by bugs, and not little ones but really game-breaking bugs as scripts are not running properly. Often players are unable to progress due to closed doors, inaccessible areas, bad geometry clipping and much more. A bug list is kept on the Steam Community Discussions page, but there are few fixes available as this can only be fixed by the developers.

From a technical standpoint the game is rather solid. This is most likely due to the fact that this is third game in the series based on the same engine, and most likely built with the same tools. Graphic option menu is nothing spectacular, but offers tweaking to some degree. Performance issues are only with MSAA under DX11 renderer, other than that all effects are having expected performance drop. Controls menu is not very rich and offers only basic binding. No mouse or controller settings are available even though both devices are supported.

The game part is unfortunately horribly broken and plagued with game-breaking bugs. We are looking closely on this and we are keeping article on PCGamingWiki updated, but I'm afraid these bugs will have to be fixed by developer.