PC Reports are a series of quick first impressions regarding the technical aspects of a PC game. This report was written by PCGamingWiki contributor LDK. For an up to date account of Pillars of Eternity fixes and improvements, please visit its respective PCGamingWiki article.

Pillars of Eternity is an old-school RPG developed by Obsidian Entertainment, a very experienced developer of RPG games. The game is only released on PCs so naturally we are very interested in this title so dive in to find out, how the game performs, looks and controls. 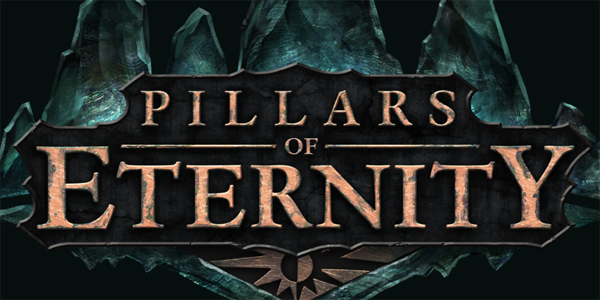 The minimum system requirements are very low and Pillars of Eternity should run on vast majority of systems, including systems with integrated GPUs. Required graphics hardware is 7 years old and in mainstream range, but that is expected due the nature of the game. Download size is around 6GB, however the game takes almost 14GB on the harddrive. The only obstacle could be 64-bit operating system as the game is supposedly prone to crashing on 32-bit systems.

Pillars of Eternity offers just a small number of usual options in the Graphics settings menu. There are resolution, vertical synchronization, gamma, fullscreen toggle and colorblind mode options. This is understandable due to the nature of the game as the Pillars of Eternity uses prerendered 2D backgrounds and only 3D models are characters, effects and moving objects.

Multi-monitor setups are not directly supported by Pillars of Eternity, but there is a Cage Cursor option for these systems. This toggle restricts mouse movement to the game window. Unfortunately it is also a little bit broken and few times this feature didn't worked at all or restriction was completely off a real game window position. Alt-tab to the desktop and back to the game fixes these issues though.

Resolution works little bit differently we are used to. The higher the resolution is, the more of the map is visible so on very high resolution (4k for example) screens some locations can be seen whole without need of scrolling. GUI in Pillars of Eternity scales on resolution nicely, for example inventory screen takes roughly 80% of screen regardless of resolution. This is a nice solution for very high resolution or DPI screens as some older games with high resolution patches has very small and almost unusable GUIs. There is also a Font Scale slider that affects some of the text windows and tooltips. This slider can be adjusted from 70% to 130%. Full resolution screenshot of resolution comparison here.

Unfortunately there will be no benchmarks or lovely graphs for Pillars of Eternity due to the 2D/3D nature of the game and a fact that there are no graphical settings to test. The game on my main system runs between 50 to 80 FPS at 2560x1600 resolution, performance is highly based on how many characters are there on the screen as these are only 3D objects needed rendering. I've noticed slight performance drop the longer the game runs, but restarting game fixes it. Memory footprint is around 1,5GB RAM and fills completely my 1GB VRAM.

Andytizer: I have tested this game on an old iMac (Late 2009, Core 2 Duo 3.06GHz, 4GB RAM, GeForce 9400M) on OS X and the game runs around 35 FPS at 720p and is very playable, especially considering this is below the listed minimum system requirements.

Pillars of Eternity uses only MSAA as its anti-aliasing method and is always on by default. This can be a problem on a low-end or integrated graphics cards, fortunately MSAA can be disabled by a console command "msaa 0" without quotes. Console can be opened by a ~ key (key can be set in Controls menu).

Update: The anti-aliasing option has been added to the Graphics option menu in the 1.0.3 patch. There are three options available in a form of s slider with Graphics Quality label, left most position is turning anti-aliasing completely off. Middle and right most options are different strengths of MSAA but I haven't seen any visual difference between those two settings.

I haven't noticed any performance difference on my systems and I haven't noticed any image quality difference at first. Difference became clear after comparing screenshots in an image editor. Anti-aliasing is clearly there, but number of samples is very low or used method is not very good, changing number in msaa command doesn't seem to have any effect.

There is a clear shimmering on a chainmail armors and horizontal line creep (for a lack of better term) on some helmets. This is just nitpicking, but I'd like to see implementation of SSAA only on 3D objects as this would greatly improve image quality and performance impact should not be that severe. Full resolution screenshots: MSAA default, no AA.

There is an another issue with anti-aliasing in Pillars of Eternity. If anti-aliasing is forced via graphics driver, the game suffers major image quality loss due to the massive background blur. This can be fixed very easily by disabling anti-aliasing in the drivers.

There is no mouse setting or controller support in Pillars of Eternity, Controls settings menu offers detailed key binding though. Every major aspect of the game can be assigned to a primary and a secondary key, usage of Alt, Ctrl and Shift combinations is also supported.

Additionally there are many other toggles and settings in the Game and Auto-Pause menus that tweak Pillars of Eternity behavior, difficulty and combat. I've also found some undocumented control features in the game, spells and special abilities can be assigned to otherwise unused keys by hovering mouse cursor over the spell/ability icon and pressing desired key. Every character can also be selected by specific number key and rest of numbers (as there are only six characters) can be assigned to character groups as in any real time strategy by using Ctrl + number.

Pillars of Eternity offers in Audio settings menu sliders for Master, Music, Effects and Voice volume. The game doesn't support surround sound and output is only stereo. Sound mixing seems to be OK most of the times, but few times music started playing rather loudly into the dialog. There is no subtitle options, but every narrated dialog is also captured in log part of the screen. Majority of dialogs are only text based though.

Pillars of Eternity is superb resurrection of long forgotten 2D isometric RPG genre. Technically there are only minor issues and the game performs nicely even on very old systems. Controls are detailed as it should be on a PC platform. I'd like to see more detailed anti-aliasing methods, but otherwise Pillars of Eternity looks and runs very well.

PC Reports are a series of quick first impressions regarding the technical aspects of a PC game. This report was written by PCGamingWiki contributor LDK. For an up to date account of Pillars of Eternity fixes and improvements, please visit its respective PCGamingWiki article.