PC Reports are a series of quick first impressions regarding the technical aspects of a PC game. This report was written by PCGamingWiki contributor Pridit. For an up to date account of Need for Speed: Rivals fixes and improvements, please visit its respective PCGamingWiki article.

Another year, another Need for Speed port. I shall be going into some of the notable aspects of the latest addition to the series; Need for Speed: Rivals. As this will be a light PC report, I will not be going into the usual depth of a PC report. This will be primarily to raise awareness and provide some additional information on what matters the most to you, as a PC gamer. 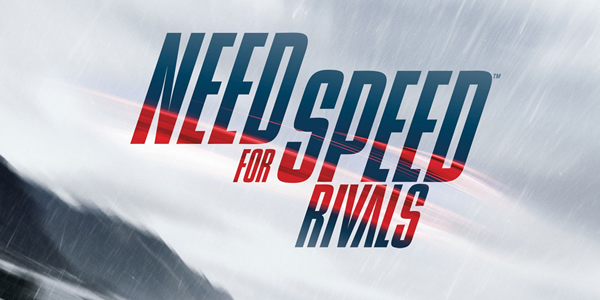 At first glance, they do not seem particularly high. In fact, minimum is pretty reasonable and would be around the recommended of an average title, a little more if we are talking triple A. The recommended system requirements on the other hand, as I am sure you will agree, are fairly steep and this comes as no surprise.

Following the same path as Call of Duty: Ghosts and Watch Dogs, next-gen introduces steep system requirements and this trend will only continue now that both systems are out. This should hopefully mean that we will be seeing better looking and performing games as a result, though do not hold your breath on the latter.

First up is the video settings, these are sadly fairly basic but do provide more than one preset which is more than could said for some games. It seems we have quite a few options relating to lighting such as the overall quality, reflection and effects.

Most distinctively there are no options for anti-aliasing or anisotropic filtering which are usually typical for most 3D games. Makes you curious as to how much these might impact the performance if they were available. You can see exactly how much the lighting differs below.

If you are interested in knowing about everything multi-monitor, surround, 4K and such I'd highly recommend checking out this article over at WSGF for all your multi-monitor desires. I do not currently have the hardware to mess around in multi-monitor but our good friends at WSGF have delved into the very specifics quite thoroughly.

As you are probably already aware if you have paid any attention to the recent media coverage, NFS: Rivals is capped at 30 frames per second. As PC gamers we are afforded the luxury of being able to go over 30 frames per second, (though I suspect this will change now that next-gen systems are available, something for another discussion) which means that there really is no excuse for frame rate caps to exist.

Luckily, launch parameters have been discovered that allows you to reach the desired 60 FPS. Unfortunately, there are some notable downsides. Initially when the fix was discovered, only one option was available: -GameTime.MaxSimFps 60 which resulted in the game speed being doubled, rather hilariously if I may add.

Thankfully the second option: -GameTime.ForceSimRate 60.0 resolves that issue by forcing it to run at 60 FPS. Still, there is one further, more notable issue: performance. Your system must be powerful enough to be able to run the game at a stable 60 FPS otherwise you will experience mild to severe slowdowns depending on the ratio of frames dropped. This will be more noticeable in some areas of the world.

There is an official statement on this which mentions it is being looked into. Although do not get your hopes up quite yet, as this does not mean that we could be seeing a fix specific for Rivals rather than their future titles in general.

As a racing game, what I am about to say may come as a bit of a surprise. Despite having full support (minus remapping) for the 360 gamepad, wheel support is non-existent. The following excerpt was taken directly from the EA website: â€œNeed for Speed Rivals will not support any driving-wheels or other peripherals.â€ Looks like we will have to rely on the modding community if we hope to use peripherals designed especially for racing games.

Despite the capped frame rate, on a gameplay level I am having quite a lot of fun with it, but that may be my biased interest in any racing game. Overall, it is a less than ideal port â€“ they all have their own issues, it is just about what you are willing to put up with. If you are a fan of racing games in general I would recommend it but if you are on the fence I would hold off and see what the future updates hold in store. (Pun intended!)