PC Reports are a series of quick first impressions regarding the technical aspects of a PC game. This report was written by PCGamingWiki contributor Marioysikax. For an up to date account of Mirror's Edge Catalyst fixes and improvements, please visit its respective PCGamingWiki article.

Mirror's Edge Catalyst is a first person parkouring game by DICE and prequel to Mirror's Edge released in 2009. Let's have a look PC versions technical aspects and how it performs. 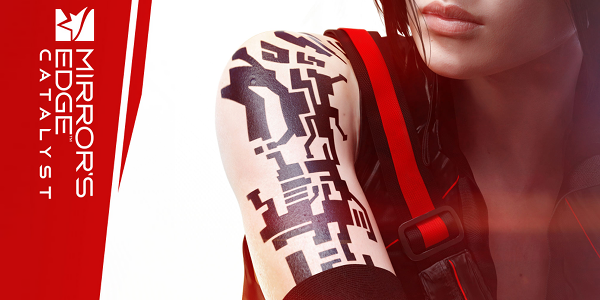 When you first start the game, you get dropped straight into a cutscene followed by gameplay - without any interruptions from menus or launchers. The game uses automatic profile, which aims to achieve at 60 frames at your monitor's native resolution. Surprisingly, this worked really well on the tested machine, and combined with Origin's ability to start playing while the game is still downloading, made for a very pleasant and straightforward game experience.

Every setting can be accessed from the game's pause menu. You can choose from five presets - one higher than was previously available during beta - as well as custom profile to change the settings individually. Unfortunately, changing texture or mesh quality requires restarting the game, which means it's necessary even when selecting from the presets. Every setting one could expect to see in a modern game is available, including field of view - especially vital in a fast paced first person game - as well as tons of extra options, permitting you to strike your preferred balance between frame rate and quality - including my personal favorite, resolution scaling. However with custom profile some settings can't be changed, most notably anti-aliasing, more of this later.

Game is pretty scalable and it's easy to get needed performance even on bit older and weaker hardware. Thanks to resolution scaling, it's possible to fine tune the performance even further.

GPU memory limitation setting was enabled when benchmarked initially. With lower presets the setting doesn't make much difference in performance, but when enabled with higher presets game starts to reduce textures and other VRAM related features to keep the performance up. Disabling it gives visible slowdowns as well as constant spiking with frame times, as the testing hardware was below recommended settings, running with 2 GB of VRAM. Tests ran afterwards has been run with GPU memory limitation disabled.

One big issue I bumped was that pre-rendered cutscenes were out of sync, lagged horribly and kept the frame rate uncapped. Developers seem to be well aware of this particular issue and working on fix.

Lowest preset is for users who need all the frames they can get with all the corners being cut to get them - that also being only way to disable antialiasing at all from games options menu. With normal game starts to look how it was meant to be played and everything from high forward simply raising the numbers for more eye candy with higher end systems, with Nvidia recommending GTX 1080 on Hyper preset.

Preset comparison highlights the differences between reflections and ambient occlusion. Reflections are major part of games aesthetic which is why they are disabled only with lowest quality setting. Screen space ambient occlusion produces dark highlight around objects, while the horizon based option creates much more visually pleasing visuals - but being visually pleasing does come with performance cost.

Essentially setting to control LOD. With lowest quality setting it's easy to bump into characters and models that look like they were ripped from N64 game and standing next to them for few seconds will load the full model.

Performance difference between the highest and lowest values is actually surprisingly low, so it would be advised to raise the value from low to anything above to avoid those polygons from showing up and things missing from distance.

Lowest quality setting drops the resolution of textures to a level that can distract from gameplay. Especially larger textures become blurry pixelated mess which looks slightly what they are supposed to be and big monitors doesn't show anything even though audio from program running still plays. Turning quality to medium already helps a lot.

With hyper quality textures start to blend into the environment, giving huge bump to visual fidelity and it's most definitely the reason for 4 GB VRAM requirement.

Like stated on performance section, game does feature GPU memory limitation setting which will automatically turn down the quality if there GPU can't handle it. Disabling the option with higher quality settings caused visual stuttering and with hyper setting there was also clear slowdown.

As it was with the original game, environments have really simple, white and clean visuals, meaning that there will be a lot of areas where aliasing would be clearly visible. It's most likely because of this reason that developers have chosen to have post processing antialiasing enabled with all presets excluding the lowest one. Post processing antialiasing does its job eliminating nearly all aliasing, however it does also make all the fine details lost completely as well as make visuals look bit blurry.

Antialiasing is also enabled with custom settings and changing it requires modifying configuration file. However after some testing there doesn't seem to be any difference at all when trying to change Deferred value. Changing Post value seems to make same difference with everything above zero. So at the moment, it's possible to disable post processing antialiasing this way as long as reflection quality has been set to low to avoid crashing. It's not an ideal situation and I can't see reason why the antialiasing methods can't be part of custom options.

One possibility is to use resolution scaling. Post processing effects are applied before the scaling is done, meaning that the finer details are kept bit better.

Problem with using the scaling is performance. With 2x scaling resolutions dimensions are doubled, meaning that game renders at 4K on 1080p display. That will tank the frame rate to ground. Post processing antialiasing does have some performance impact as well.

FoV slider is for vertical values. By default it's 60 degrees, which roughly translates to 90 horizontal degrees on 16:9 display which is a really good default. Slider does go all the way up to 90 degrees with the fish eyed look.

Starting the game, both keyboard/mouse and controller controls feel familiar to those who played original game. Mouse doesn't seem to have any smoothing or acceleration going on and sensitivity can be changed. Every action can be bound into single key, one of three primary mouse buttons or both.

On controller front, game is fully controller supported with alternative preset and stick placement change. It does require XInput compatible controller, which should cover majority of controller users on PC, but it would've been nice to see wider support as many big titles have been expanding their support to at least Dualshock 4. Being Origin game also means that Steam Controller does require some fiddling to get to work.

With volume, it's possible to adjust master and music volume as well as boost the dialogues volume. That should cover majority of audio adjusting needs.

Along with stereo and 5.1 surround switching, it's also possible to select device between speakers, TV and headphones, allowing setting the sound to match what is being used and much more accurate direction of sound.

Situation with antialiasing is bit disappointing, but as it's still just released PC title it can still change. That aside, Mirror's Edge Catalyst does include all settings required for first person parkouring, plays beautifully with PC and feels nicely familiar for those who played first game.

It's possible to get into Catalyst and play it without knowledge of first game. It does have improvements to make it easier for newcomers including runners vision showing the way instead of just objects being highlighted. It's still worth to give the original game a try as it's usually really cheap and being 7 years old unreal 3 game will run with almost any hardware and most likely with really high settings. Best thing is that no need to wait for remasters on PC and of course PCGamingWiki got you covered with possible problems as well as enhancements with that game as well.

PC Reports are a series of quick first impressions regarding the technical aspects of a PC game. This report was written by PCGamingWiki contributor Marioysikax. For an up to date account of Mirror's Edge Catalyst fixes and improvements, please visit its respective PCGamingWiki article.