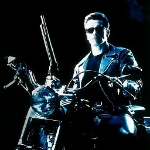 This is a mod pack containing fixes to draw distance, car names, car camera, music cut and weapon names. I did this because most of the Dropbox links that had those mods on have expired and those that haven't expired yet may expire, so I decided to archive them in one big package.