Port Reports are a new series of quick first impressions of the technical aspects of a PC game. This report was written by PCGamingWiki contributor Pharnaces. For an up to date account of Total War: Rome II's fixes and improvements, please visit its respective PCGamingWiki article.

Total War: Rome II, the latest entry in the Total War strategy series by The Creative Assembly, released on September 3rd, 2013. This article will take a quick look at several technical aspects of the game, including its options, controls, and performance. All testing was done on an AMD Radeon HD 7870 XT and an Intel i5-3570K. 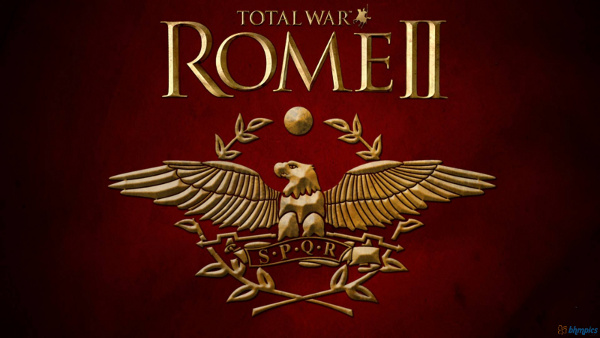 The Total War series has always had a wonderful number of available options, and Rome 2 is no exception. Detail settings for texture, shadow, water, sky, particle effect, terrain, grass, tree, unit, and building quality are all present in addition to anti-aliasing, texture filtering (trilinear and up to 16 samples of anisotropic), vegetation alpha, unit size (controls scale of armies), depth of field, and 4 versions of the Shader Model. There is also a windowed mode, but no borderless option.

A benchmarking tool is provided and can be accessed from the advanced options screen of the video settings menu. This benchmark plays through a cinematic that displays the Battle of the Teutoburg Forest. This cinematic benchmark is, unfortunately, the only way to benchmark the game with any degree of stability, as changing video settings from either the campaign map or while playing a battle frequently resulted in a blue screen of death, at best, or absolutely nothing before Windows automatically rebooted. While I cannot rule out the possibility that this is caused by an unrelated issue I did find more than one person who had the same issue in the same situation, so I believe that the problem is on Rome 2's end, and not mine.

The game comes with 6 different preset graphical options: low, medium, high, very high, ultra, and extreme. None of them look particularly good, but the lowest options do look hideous. On the extreme preset units look fairly detailed, though textures are blurry and unclear, there is plenty of vegetation, and distinct shadows. On the low preset textures are extremely undetailed, ambient occlusion disappears, and shadows disappear.

Something interesting about the lower options for unit quality is that after a certain distance units seem to transform from 3D models into 2D sprites. While these are absolutely not pretty this does seem to come with a noticeable performance increase, around 10fps for the army in this image, so players who want to command battles manually on extremely weak computers will most likely want to stay as far zoomed out as they can.

Performance in Rome 2 in the benchmark level is, in general, decent. The same can be said about performance in actual battles, though the framerate does tend to drop significantly more during sieges with large numbers of units concentrated on a single spot. Every preset before ultra increases the quality of shadows, water, sky, particles effects, terrain, grass, trees, and units, and these settings all appear to have a fairly minor performance impact by themselves and, when combined, cause a noticeable loss in framerate after the high setting. Unit scale and unit quality appear to be the most demanding settings for battles, so players struggling to maintain their desired framerate should turn them down first after disabling SSAO.

Performance on the campaign map is another matter entirely. It performs worse on most presets and even when it doesn't it is still much more inconsistent. Zooming in on a city can cause the framerate to drop into the 20s, scrolling across the map can cause the it to momentarily drop by 10+fps, and textures stream in on areas that you were looking at just a moment before.

There is also a funny issue where selecting a unit, which displays their portrait as an ugly, low resolution 3D model causes the framerate to drop by 18fps. This sort of extremely poor optimization plagues every aspect of the campaign map, where the player spends a significant amount of time, and seems somewhat silly, since large scale battles with hundreds of units perform much better.

It is worth noting that the highest preset, extreme, does not actually set every setting to its highest. Unlimited memory access, vignette, vegetation alpha, and depth of field are all disabled by default on it. Vignette and depth of field did not have a significant performance impact in the benchmarking level, but vegetation alpha had an absolutely crippling impact on performance in certain areas, with framerate dropping down to 9fps at one point.

Unlimited memory access has been rumored to increase performance, but it has not had a significant impact in my experience. Some framerate spikes in the benchmark were lower, some were higher, the average ended up being less than 1fps different. Performance on the campaign map was similar.

There is also a setting exclusive to Intel Haswell processors called Direct Resource Access, which, according to its description, increases rendering speed while decreasing processor power. As I have an Ivy Bridge Intel CPU I was not able to test if this trade-off was worth it, but owners of Haswell CPUs may want to experiment.

As an RTS/TBS hybrid Total War: Rome 2 has dozens of keybinds controlling everything from ending the turn to utilizing a single unit's special abilities, and it's great to see that all of these can be rebound from within the control settings. There are spaces for both primary and secondary keybinds, as well as options for camera shake, mouse scrolling, Y-axis inversion, and the standard two camera options that are present in recent Total War games.

Rome 2 has most of the standard Total War settings. Campaign and battle advice frequency can be changed, a battle time limit of 20, 40, or 60 minutes can be imposed, or disabled entirely. Battle difficulty can be adjusted to increase the competence of the AI, and a "realism mode", which restricts camera movement to the player's units' line of sight in available for people who seek a slightly more realistic tactical experience. Tooltip delay, floating unit flag scale, and various UI elements, such as path markers and selection markers, can be found under a separate menu called "battle interface".

All settings for R2:TW are located in preferences.script.txt, located in \AppData\Roaming\The Creative Assembly\Rome2\scripts. This contains a number of options that are not found in game, such as tesselation, in-game browser and chat window positions, screenshot directory, number of CPU threads to utilize, and more.

Indepedent volume sliders for speech, sound effects, music, and master volume, as well as independent mute options for each slider, are present. There is an option for lowering audio quality and the game can be forced to use a sound system other than Windows' default, with options for stereo speakers, stereo headphones, and "5.1 discrete". Voice communication options are present, including push-to-talk, microphone gain, and microphone volume.

Rome 2 is really a mixed bag right now. It's an enjoyable game that's held back by inconsistent performance, strange bugs (after running the benchmark about 20 times the subtitles started displaying off-screen, for instance), weak AI (in one battle some rebels charged right through a line of my troops towards a victory point before stopping right at the edge to turn around an fight), and horrible optimizations. I don't usually pick up Total War games on their launch because they usually have lots of technical issues, and this game is no exception, so if you're looking for a smooth experience it'd be best to wait for several patches.

Update September 4, 2013: Creative Assembly have announced that a new patch will be released September 6th which may address some of the above issues.

Port Reports are a new series of quick first impressions of the technical aspects of a PC game. This report was written by PCGamingWiki contributor Pharnaces. For an up to date account of Total War: Rome II's fixes and improvements, please visit its respective PCGamingWiki article.