The announcement for the PC port of Metal Gear Rising: Revengeance (originally PS3/Xbox 360 in February 2013) came as quite a surprise, given that the last Metal Gear game to come out on PC was Metal Gear Solid 2 back in 2003, and that all of Platinum's previous games like MadWorld and Bayonetta have all been console exclusive.

All signs point to this being a questionable PC port, including the strict and ongoing region locking, the temporary case of Ireland being completely banned from buying the game, and the announcement that the maximum resolution would be 1920x1080. Here at PCGamingWiki, we'll be looking at the quality of the PC port, and see whether the game makes the most of the extra heft provided by the PC platform. 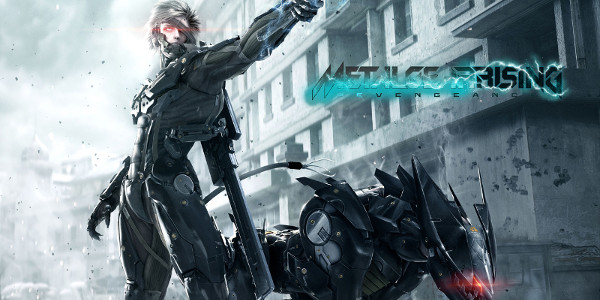 The graphics menu itself is fairly comprehensive:

When it comes to resolution, however, only the following are available:

Noticeably missing are common resolutions such as 1440x900 (MacBook Pro's 16:10 size), as well as anything above 1920x1080, such as the ever-more-popular 2560x1440 used by nearly 1% of Steam users according to the December 2013 hardware survey. Interestingly, Durante has stepped in and produced a hack to create this 3480x2160 screenshot of the main menu. However, Durante has said that he does not plan to further develop or release his methods, stating: "Not sure if I should invest all the effort to get it to a state where it's worth releasing, considering that they seem like they'll probably patch it."

Unfortunately, while running in fullscreen, no matter what you set it to, the engine upscales the image to your monitor's native resolution (keeping the 16:9 aspect ratio). To get proper 1:1 display you must run the game in windowed mode if you wish to play in a lower resolution. Thankfully, borderless fullscreen windowed mode can be forced using an application like Borderless Windowed.

Some reports show that running the game fullscreen through HDMI results in a 24 Hz cap, meaning the game can only run at a maximum of 24 FPS. A workaround would be to run the game in a window or to force borderless fullscreen windowed mode.

The game runs at a maximum of 60 FPS during gameplay but only 30 FPS in the menus and cutscenes. It appears as if the majority of the immense 25 GB required space is being used to hold 1080p cutscenes and to help hide loading times. However unlike Max Payne 3, which used a similar system, the cutscenes in Revengeance looks far worse than normal gameplay as they are heavily compressed and run at a lower framerate, creating a jarring effect whenever a cutscene is played.

There aren't any FOV settings in the game at all, and it would've been nice for the port team to include some kind of option for those who suffer from gaming-related motion sickness. As this is a third person game, this will cause problems for fewer people, but FOV options are always nice to have in all 3D camera control games.

Performance feels very good. The game has been rock solid at 60FPS my entire time playing. It's done this while barely even using a full single CPU core (8% average!). GPU usage normally hovered around 45% on my 780 without upping to boost clocks.

Comparing Low to Highest subjectively seems very difficult as there was hardly a difference in graphical quality, even on larger displays:

Standard options here: 3 separate volume sliders for sound effects, music and voices. Sound is played in the background even when the window is not in focus.

This is where the port really falls short. There is reverse mouse acceleration (like the Dark Souls port) where very slow movements are completely ignored. The mouse control doesn't feel that good, it's as if it's simulating an analog stick.

Some good news: you can slash by moving the mouse in the direction you want while in blade mode, which feel responsive and intuitive. The downside is that when blade mode is activated, the keyboard movement keys are used to control the camera, which can result in very slow turning.

Only 360 compatible controllers supported. x360ce must be used otherwise. x360ce can also be used to customize the buttons.

30 seconds. That's how long it takes to get from starting the game to interacting with the menu. 25 of those seconds are spent looking at company logos fade in and out with no way of interacting or skipping. 5 of those seconds are spent watching the camera pan out from Raiden's face. A courteous developer would let you click through, or to skip the advertising after being forced to watch it once. Removing the \GameData\movie or movie_ui folder doesn't seem to remove these videos unfortunately. Definitely a black mark against this game.

Crash when disconnected from internet

First impressions indicate that the game runs extremely well on my system, which is a relief considering the quite high system requirements. The only real issues with the port are the limited resolution choices (and scaling) along with the poor mouse control. Everything else is fairly well done, and appears to be a well-optimised PC port.