PC Reports are a series of quick first impressions regarding the technical aspects of a PC game. This report was written by PCGamingWiki contributor LDK. For an up to date account of Elite: Dangerous fixes and improvements, please visit its respective PCGamingWiki article.

Elite: Dangerous is the resurrection of one of the oldest PC games which is ushering back the niche but popular space simulator genre. The game is developed by Frontier Developments, who don't have many PC titles in their portfolio, so we are very curious how they managed to adapt to the complex and diverse PC environment. As usual we are going to look at technical aspects of the game, how it performs, hot it looks and how it controls. As this is PC exclusive title and has been in public beta for a quite a while we are expecting nothing less than a very high quality PC version. 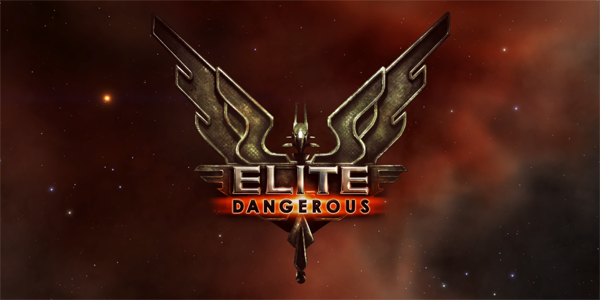 The minimum system requirements are surprisingly low for a PC exclusive title and developer didn't specify recommended specs at all. Minimum GPU's are six years old so even current low-end graphics cards and laptops should run this game without significant problems assuming CPU has at least four cores. Elite: Dangerous unfortunately requires constant internet connection even for single-player game. When servers are not available, only tutorials can be accessed. Single-player version of the game should be playable even on low quality connections according to the developers.

All the tests were performed on a system with an Intel Core i7-2700k clocked to 4.5GHz, 32 GB RAM and HD 6870 with 1GB of VRAM at the 1920x1200 resolution. The game doesn't have built-in benchmarking tools, and achieving repeatable results wasn't easy. Test run consisted of three one minute fights in the Wolfpack Tactics training and averaging the results. I've found this test to be a good benchmark for gathering data because it takes place in asteroid field with many simulated objects with a large effect on performance. In other parts of the game, flying in open space effectively doubles the framerate as there are fewer objects being simulated.

The game key has been provided by the developer.

Graphics option menu is very well done and offers some unusual settings. The game supports windowed and windowed borderless mode and additionally there is a monitor selection for systems with multiple screens. Wide variety of resolutions are also supported including ultra-wide and 4K screens.

There are three settings for managing framerate. Vertical synchronization, monitor refresh rate and frame rate limiter. Vertical synchronization and frame rate limiter can be disabled to achieve maximum frame rate on those lovely 144Hz screens. The game also features few options for stereoscopic display (3D). On my system I could set only anaglyph 3D (I'd need glasses with green and red lenses) and side by side. I'd imagine it is prepared for VR support (Oculus Rift should be supported already).

And at last there are several graphics quality options, field of view slider and preset selector.

I was pleasantly surprised how the Elite: Dangerous handles multiple cores. As you can see in the screenshot from Process Explorer, the game creates many threads. Two threads are doing majority of the work, then there is a thread by graphics driver (atidxx32.dll) and a bulk of additional threads. I suspect the game is heavily parallelized any many game processes are divided into separate threads. CPU utilization by the game fluctuated between 10 to 20% depending on what was on the screen. Dual-core processors with strong single thread performance would probably run it OK but need for quad-core is justified.

The game features four quality presets - Low, Mid, High and Ultra. Performance scaling seems to be balanced fairly well. At Low the game performed nicely and on my ageing GPU the framerate never went below 60 and was averaging around 80 FPS. With Mid preset around 18% performance was sacrificed and the minimum framerate fell under 60 with average around 65 FPS. High preset resulted in almost 40% performance loss from Low preset, but the game was playable with average around 48 FPS and with drops to 38 FPS. Performance drop with Ultra preset was only 7% from High preset and 43% from Low preset and the game was playable with framerate abode 35 FPS.

Unfortunately there is little difference in image quality. Polygon edges are smoothed by anti-aliasing, asteroids have slight glow from their insides and ambient occlusion is visible on some objects. Nevertheless the game looks very good even on the lowest settings. Full resolution screenshots: Scene 1 Low, Mid, High, Ultra; Scene 2 Low, Mid, High, Ultra.

Elite: Dangerous features field of view slider but in its default state it is fairly limited. Its maximum value is 60 degrees vertical (85 degrees horizontal on 16:10). Fortunately is can be changed in config files.

To change field of view:

I haven't seen that complex controls option menu for a very long time. The game supports vast variety of joysticks, ordinary controllers and last but not least mouse and keyboard. I was very surprised that my obscure 3D mouse was immediately recognized and I could assign every one of the six axes the device offers. And yet some bigger titles has problems with common mice...

The game offers few very basic presets, but majority of players are going to customize controls anyway. Every analog input has invert axis toggle and its own deadzone slider, if there is no analogue input, digital key presses can be assigned instead. Some of the ships functions can be set to key press or to keep key pressed to function.

Mouse implementation in Elite: Dangerous shames almost every other game. Not only the game offers direct input, but there are sliders for two sensitivities, deadzone, relative mouse rate and mouse power curve. Both axes can be inverted independently for ship control and head movement. I have one small issue with mouse though. The game offers two control schemes for mouse movement: relative and absolute. I've found absolute mode much better for navigating with flight assist on, but pretty much unusable with flight assist. Opposite with relative mode. I would like to see another toggle, where I can assign different mouse modes to flight assist toggle.

Keyboard support is also almost spotless and the game allows assignment of every key and if that is not enough, you can assign combination of keys up to four keys (Shift + Q + W for example). There is only one primary setting so only one key or one combo can be assigned to one action though.

Audio options menu is similarly complex and features several volume sliders and plenty of toggles, there is no master volume slider though. I'm very happy to see Dynamic Range setting with options for standard speakers/headphones, home theatre with high dynamic range and night time for low dynamic range. The game also support surround sound systems and positional audio on my 7.1 system was spot on. Frankly the Elite sounds awesome and I think I'm enjoying sound of the game more then anything else.

The game offered me several anti-aliasing methods, post process filters FXAA (by Nvidia), MLAA (by AMD) and combination of post process and sub pixel sampling called SMAA. Performance drop is the worst with the FXAA, activating this methods results in 19% framerate drop. MLAA has considerable smaller footprint and performance cost is 4 and 8% respectively. SMAA performance drop is around 8%.

As usual FXAA softens edges fairly well but also washes textures making this method pretty much unusable. MLAA 4x has the same strength of edge blurring as FXAA and the textures are left almost intact. SMAA has similar image quality as MLAA 4x. Unfortunately the game really suffers from disconnected lines (shown at the top of comparison screenshots) as the game is filled with many one pixel wide lines and curves. This can be avoided by using any true anti-aliasing methods like MSAA of SSAA. Full resolution screenshots: No AA, FXAA, MLAA 2x, MLAA 4x, SMAA.

The game only offers toggle for ambient occlusion effect. Performance drop is only around 3% and image quality impact is not very strong due to the nature of the game. Full resolution screenshots: Off, High.

Material quality affects some materials and on screenshot additional sub surface lighting can be seen on the asteroid. Performance drop is around 6% from Low to Ultra. Full resolution screenshots: Low, Ultra.

Shadow Quality affects resolution of shadows and has substantial performance impact of almost 30% from Off to High setting. Again by the nature of the game I haven't found strong difference apart from ship self shadowing ship on the cockpit. Full resolution screenshots: Low, High.

This setting should control object cutoff distance from the camera, but I haven't found any difference. I could not even measure performance impact and framerate fluctuated around normal levels. Full resolution screenshots: Min, Max.

Galaxy Map Quality should enhance details of galaxy map but I haven't found any difference. Performance drop is 30% for both Medium and High settings.

Rest of the effects

Rest of the effects has small or negligible performance and visual impact. Visit gallery for unpublished graphs and screenshots.

Performance of the game could not be better and the game should run on majority of current system without any problems. Image quality impact of some of the settings is questionable, but the game looks very nice even on lowest settings.

With only few minor issues Elite: Dangerous is nice example of how PC title should look like from the technical stand point. The game is also still in very active development and developer listens and interact with the community on daily basis. Again, it's a prime example of what PC game development should be like, and not the "release, two patches and forget" tactics of many AAA studios.

PC Reports are a series of quick first impressions regarding the technical aspects of a PC game. This report was written by PCGamingWiki contributor LDK. For an up to date account of Elite: Dangerous fixes and improvements, please visit its respective PCGamingWiki article.