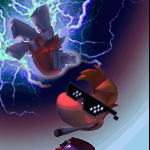 This is an unofficial patch for Frogger's Adventures: The Rescue to fix Windows XP SP3/Vista/7/8/10 compatibility issues. More specifically, any computer which had received an update after approximately 2007/2008 was unable to run this game.

The program included here is Swamp Launcher, which is a launcher-based patch that can be installed by copying the files into the game's install directory and launching the game through SwampLauncher.exe rather than the main executable. Alternatively, there is also an assembly-based method of patching the game's executable that can be downloaded from the source code.

This program was made by Grimdoomer and Kneesnap. All credit goes to them for creating this program.