PC port of Deadly Premonition is very similar to the Dark Souls port with resolution locked at 720p. Fortunately Durante (guy behind Dark Souls resolution fix) got himself a copy and created a new fix in a record time of one hour and nineteen minutes! 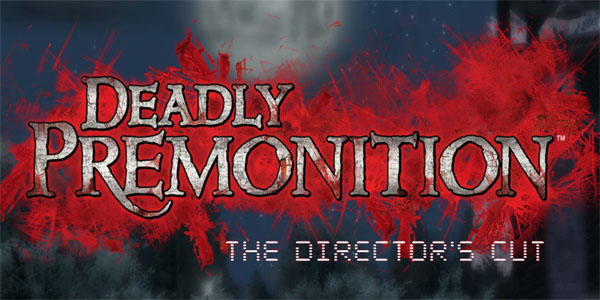 At first glance Rising Star Games, company behind porting Deadly Premonition, didn't spend a lot of time on porting this game. There are zero graphical options, resolution is fixed on 720p and key binding can be done only via launcher that happily ignores some keys (alt, caps lock..). You can set mouse sensitivity, but beware of strong negative acceleration.

There is still hope as PC modding scene will probably fix many of its shortcomings. Durante already is busy with new version of DPfix - a custom d3d9.dll file, that modifies the game's rendering and lifts resolution restrictions.

In its current form the fix is far from perfect - in game map is rendered outside of its frame and some effects are not where they should be. However as a first aid it works fairly well so head up to Durante's website and get yourself a copy.

- Added windowed mode (in addition to fullscreen and borderless windowed fullscreen modes), since it was requested

There is one remaining issue with second camera perspective, so expect another release soon.